Australia is a great place for reptile lovers. It has a high population of snakes, and though many are not deadly to humans, a good number are. Oddly enough, though, very few snake related deaths are reported each year there. If you go hiking, you might see some of these interesting snakes. Just remember to look and not touch.

Because it is so venomous, the most infamous Australian snake is the Taipan. It can grow to nearly 10 feet long. One of them, the Coastal Taipan, is indigenous to the northeastern coast near Queensland. It is considered the third deadliest snake in the world, and if bitten by one, death can occur within 30 minutes. Fortunately, scientists have developed anti-venom to prevent that if administered soon enough. If this snake bites you, you had better hope that you have the anti-venom with you, or that you are less than a half-hour away from medical help.

The continent is home to several sea snakes, too. One genus of this dangerous reptile is the Olive Sea Snake, which is venomous. This snake can grow to over 6 feet long, and it has a strong, brownish colored body with shades of lilac. It prefers the coral reefs, lagoons and rocky shores in Australia’s northern region. It is uncommon for it to attack, but it will if it feels threatened.

In Western Australia, you might encounter the potentially lethal Dugite. Unlike many of the other snakes found in remote areas, this one frequents areas inhabited by humans, even backyards. This is unfortunate because they are so dangerous. Females have no issues with eating the males, so they certainly would not hesitate to bite a human – especially an unsuspecting child.

Northern Australia has a snake that grows to be 10 feet long and gets as thick as the fat end of a baseball bat. It is the King Brown Snake, and it is very venomous and dangerous; so much so, that humans cannot get close enough to it to kill it with a gardening tool: They have to stone it or shoot it.

This list of interesting snakes of Australia is a good start for you should you decide to go on a scavenger hunt for them. These are by no means all of the snakes from that region, and certainly not all of those that are venomous. Considering that there are more venomous species there than non-venomous, you would do well to wear tall, thick boots on your excursion.

Stephen, a lover of animals and an advocate of environmental responsibility, owns an exotic pet and supply store. He has many snakes for sale, and he also retails exotic reptiles and amphibians. Please visit his site today. 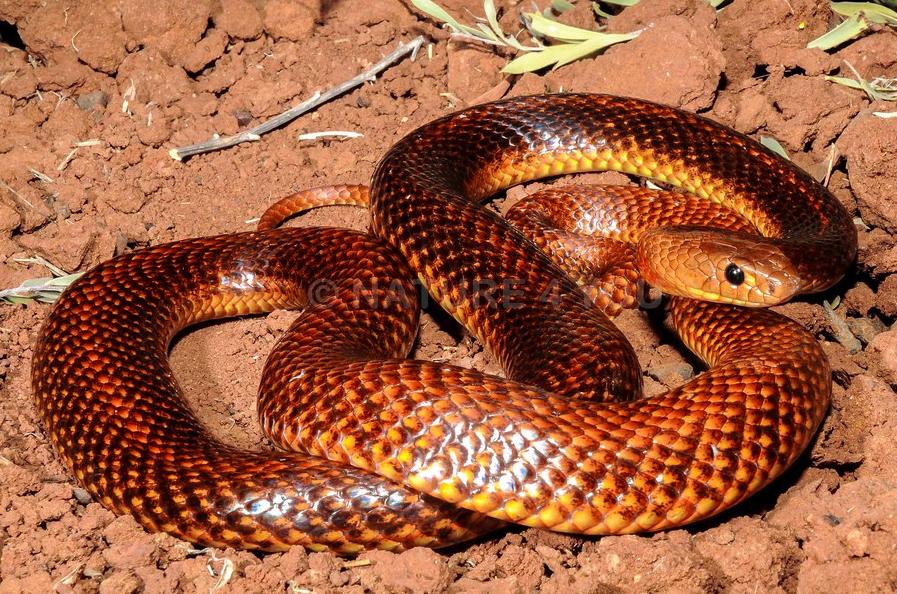